THE TRUTH ABOUT MEN! 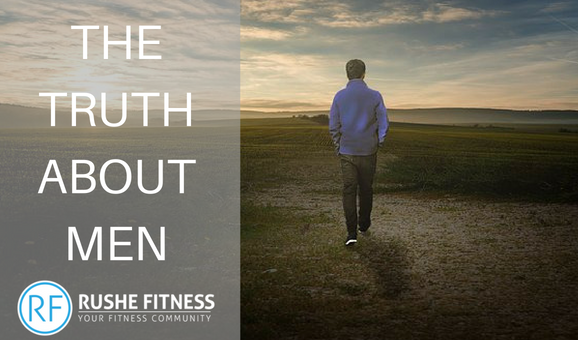 If there is one thing you should know about men, it’s that we don’t like to talk about things, even when we should.

I know, captain obvious over here, but this is important, so hear me out.

Men WILL NOT tell you when there is something wrong.

I’m not talking about buying the wrong type of cereal here, because we’d probably let you know all about that, I’m talking about health issues.

There is very little chance that your partner, father, son, friend would let you know if they were worried about a health issue.

A study done by Calm and the Huffington Post in 2016 found that only “50% of males who are feeling depressed will talk to somebody else about it.”

The first person they would be most likely to tell is their GP.

But even then, it may not be what you would expect.

Psychotherapist Damien Ridge, a professor of health studies at the University of Westminster, said he fears professionals were unable “to pick up or spot the coded ways that men talk about their distress”.

Which means that even if they spoke to a GP, it could be in that, play it down so we don’t seem weak, kind of a way men tend to say things.

What’s more worrying is that there is only an 18% chance that they would tell their partner.

Then we have the obesity rate in Ireland.

While this is becoming the norm, it is putting huge strain on the health of males in Ireland.

The list below is a combination of obesity related diseases and ones that may be hereditary, but are worsened by being obese.

After the age of 35 men the following start to happen;

They may not notice this, but it is part of ageing and if you are already unhealthy and overweight, this will make this even worse.

On top of this, Recent projections from the World Health Organisation suggested Ireland was on course to become the world’s most obese nation by 2030.

While the majority of marketing for weight loss and fitness tends to be aimed at women, men need to start taking notice and start becoming more active.

Things they need to be encouraged to do are;

All these things will help them to maintain a healthy lifestyle well into middle age.

It may not be easy to get through to the men in your life.

At times it can be like talking to the wall, a very untalkative wall, but it is important to make sure they are looking after themselves, even if they don’t want to.

Their future health and wellness depends on it.
#Leanin2018

This website or its third-party tools use cookies, which are necessary to its functioning and required to achieve the purposes illustrated in the cookie policy. If you want to know more or withdraw your consent to all or some of the cookies, please refer to the cookie policy. By closing this banner, scrolling this page, clicking a link or continuing to browse otherwise, you agree to the use of cookies.. Find out more.